Treating Stormwater Particulates at the Source with StormBasin and StormSack 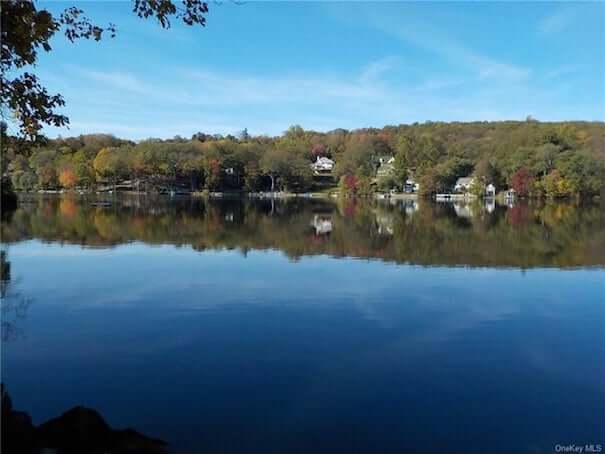 The Challenge:
Treating Stormwater Particulates at the Source became the primary objective. Lake Oscawana in Putnam Valley, NY was listed as impaired for phosphorus by the New York State Department of Environmental Conservation (NYS DEC) in 2004 and subsequently a Total Maximum
Daily Load (TMDL) was issued.

The TMDL was a result of the diligent effort of many researchers and scientific professionals who collected and analyzed lake water quality monitoring data going back
to circa 1987. The TMDL was finalized and documented in the 2008 Management Plan prepared by Princeton Hydro, LLC. Stormwater from developed land was identified as a major contributor to the external phosphorus load.

The Solution:
The Management Plan identified several strategies, which were then prioritized for implementation based on cost, impact on watershed and operation and maintenance requirements.

One of the strategies selected for implementation in treating stormwater was the retrofit of MS4 catch basins that discharge stormwater runoff to Lake Oscawana. As a result, the Town of Putnam Valley and Town Engineer (J RobertFolchetti Associates) competitively bid the retrofit of approximately 100 storm drains in June of 2011and awarded the bid to Fabco Industries. The project was completed following a 2-week installation period in mid-October. 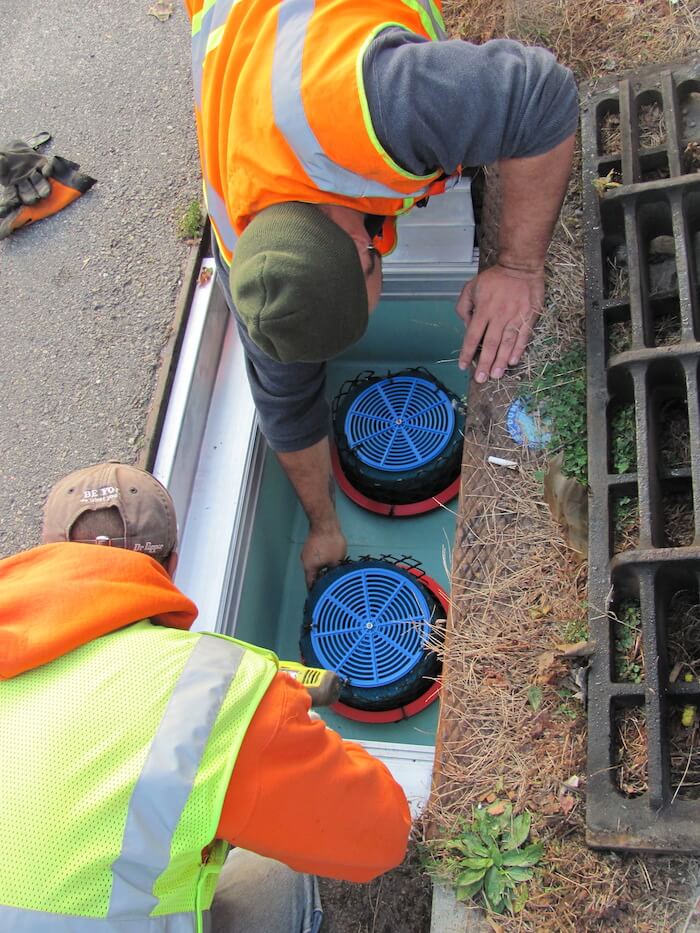 Putnam Lake, a 226-acre manmade lake in Putnam County, is one of the 12 priority lakes impacted by HABs. The lake is used for swimming, fishing and boating. In addition, Putnam Lake is part of the Croton System of the New York City water supply reservoirs. Putnam Lake was designated as an “impaired waterbody” due to excessive nutrients (phosphorus), algae, and poor water clarity, which could impact recreational uses in the lake.

Total phosphorus concentrations in Putnam Lake are 50 percent greater than the average concentration found throughout the Lower Hudson region. The significant sources of phosphorus loading in the lake are: • Phosphorus inputs associated with septic system discharge; • Internal loading of nutrients of legacy phosphorus from in-lake sediments; and • Non-point source nutrient inputs from the watershed.

There were 29 reported HABs occurrences in the lake from 2013 through 2017, including five that were “widespread/ lakewide”. These blooms caused a total of 22 beach closures on two beaches between 2012 and 2013. Although the causes of HABs vary from lake to lake, phosphorus pollution—from sources such as wastewater treatment plants, septic systems and fertilizer runoff—is a major contributor. Other factors likely contributing to the uptick in HABs include higher temperatures, increased precipitation, and invasive species.

With input from national and local experts, the Water Quality Rapid Response Team identified a suite of priority actions (see Section 13 of the Action Plan for the complete list) to address HABs in Putnam Lake, including the following: • Construct a wastewater treatment plant and install infrastructure required to connect up to 1,200 homes; • Implement multiple stormwater best management practices (BMPs) to reduce sediment loading; and • Evaluate the use of nutrient inactivants or alternatives to reduce the introduction of legacy phosphorus.