Fabco’s Address Coliform Bacteria In Stormwater With FABGUARD In California 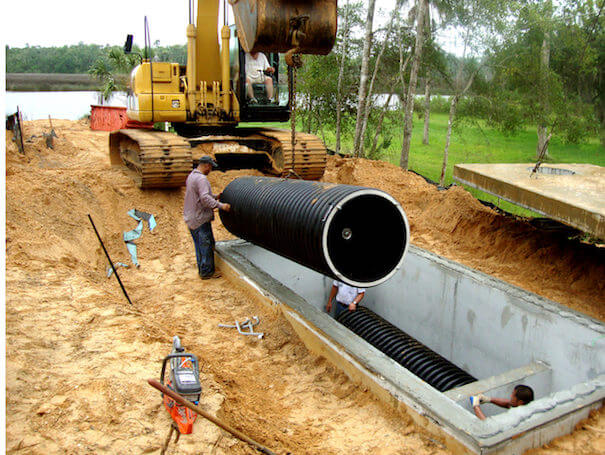 Fabco Industries, Inc. is pleased to announce its proprietary FABGUARD anti-microbial pesticide to address coliform bacteria in stormwater is now registered in the state of California in addition to 17 other key stormwater markets.

FABGUARD media has been tested extensively under diverse laboratory and field conditions. It is an effective solution to reduce coliform bacteria in stormwater, industrial wastewater and municipal wastewater applications.

Coliform Bacteria In Stormwater is a major rainwater runoff issue

4. What Our VP of Sals & Marketing Has To Say

“FABGUARD is an innovative solution that complements our other filter media products and we are proud to have it registered in California – the most aggressive and demanding stormwater market in the U.S.,” said John Markee, Fabco’s Vice President of Sales and Marketing. “Its unique physical properties allow sustained high flow rates while still providing exceptional treatment to reduce coliform bacteria in stormwater. For example, when FABGUARD is applied to our Helix filters, relatively compact systems can effectively treat large volumes of water.”

When combined with Fabco’s stormwater filtration systems, FABGUARD can be configured to reduce coliform bacteria in stormwater using centralized or decentralized treatment at varying flow rates.  FABGUARD can be applied to catch basin inserts like StormBasin and StormPod systems for retrofit applications. FABGUARD also works with end-of-pipe solutions such as the cartridge-based StormSafe and high-flow Helix vaults.

“The effectiveness of FABGUARD media is even better than anticipated,” said Markee. “FABGUARD sets a new standard for filtering and reduce coliform bacteria in stormwater.”

·      Lightweight, easy to handle and deploy 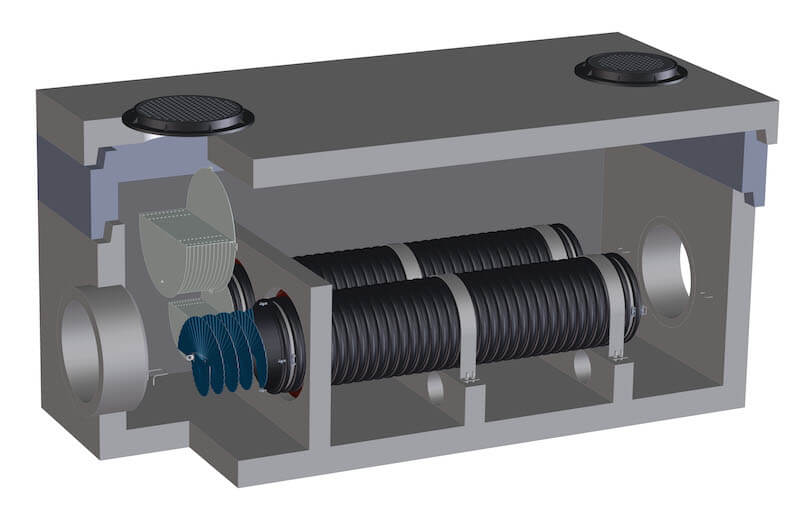 Fabco Address Coliform Bacteria In Stormwater Throughout The Nation

About Fabco Industries:
Fabco Industries is a leader in stormwater management and providing stormwater solutions to engineer a better environment. The company designs and manufactures high-performance stormwater filter systems that are highly effective for various treatment applications including retrofits, new construction and green infrastructure.

For more information on FABGUARD filters and the municipalities in which they are registered, please visit fabco-industries.com or contact John Markee at (631) 393-6024 ext. 114.

The major concepts and considerations in microbiological analysis of storm runoff are summarized and documented to provide a basis for use by community planners, water managers, and others interested in studies of stormwater. Twenty-seven published reports dating since 1964 are cited. All storm runoff contains a variety of bacteria, including total coliforms, fecal coliforms, and fecal streptococci, which are derived from the land over which the water flows.

Most of the total coliforms are native soil organisms, whereas the fecal coliforms and fecal streptococci originate from the feces of wild and domestic animals. Urban runoff has been reported to contain pathogenic organisms, but this probably presents little direct threat to human health because the runoff is not ingested. Runoff water can, however, have other negative effects such as contamination of surface water, which may result in beach closures, or contamination of shellfish.

This type of contamination is generally of short duration because indicator bacteria and pathogens die out rapidly in the aquatic environment. Similarly, bacteria and viruses deposited on soil by stormwater are inactivated by drying, competition from soil microflora, and a variety of other processes. Every storm producing runoff is unique in the number and type of microorganisms because these vary from site to site, from storm to storm, and during the course of the storm. Stormwater to be examined for microorganisms must be collected in sterile containers and processed immediately.

INTRODUCTION Any attempt to find microorganisms in stormwater generally will meet with success. Bacteria and viruses are normal inhabitants of soil, water, human and animal skin and gut, plant surfaces, and indeed almost every place on earth. Only certain extremely hostile environments and the internal tissues of plants and animals are free of microorganisms.

Stormwater running over the land surface will inevitably become contaminated, but this should not be a cause for concern unless it threatens human health or well-being. Does stormwater present a serious threat? Unfortunately, no unequivocal answer can be given. Stormwater carrying microorganisms may .enter a drinking-water source and cause an outbreak of disease, or it may lead only to the temporary shutdown of recreation facilities such as beaches. Depending on local conditions, the study of microbial contamination of runoff may be of real importance to a community or it may be of only academic interest.