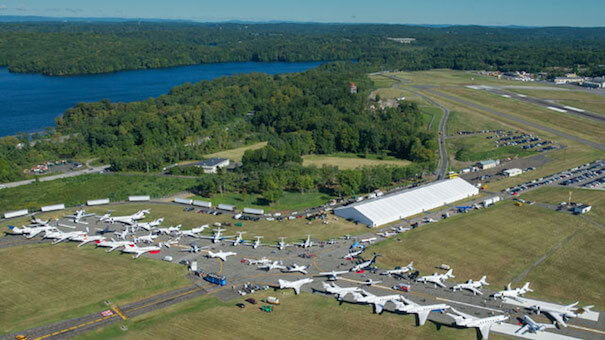 Catch basin insert filters are the main reason why we raise a glass and toast New York – with a glass of fresh, clear water. And think of us! FABCO INDUSTRIES took on an exceptional challenge to make sure that the drinking water in the New York area is as pure as possible. And it all started on a local county airport. 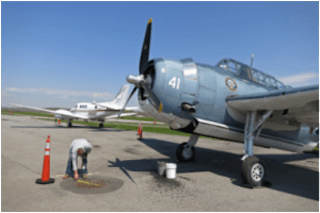 The busy county airport is surrounded by numerous large and small water bodies including the important Kensico Reservoir which has been supplying drinking water to NYC since 1855 (See links). Located in this sensitive watershed, it is imperative to insure that any runoff water leaving the airport grounds through the existing surface drain inlets and underground stormwater system is effectively filtered of toxins and contaminants before reaching these nearby water storage areas. 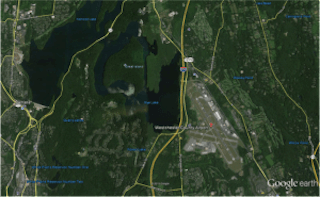 In the past the airport has tested devices called Catch Basin Insert filters which are installed below the grates of the existing drains. Any water entering drains must go through the filter. Functionally, the filters need to retain solid materials such as contaminated sediments, trash (cigarette butts, plastic water bottles and papers), and other organic debris. As well, these filters need to provide an effective treatment for fuel, oils and other aircraft related residues.

Other stormwater companies offered their standard products but discovered a new complication: installing conventional storm drain insert filters results in lifting the grates slightly above the asphalt. For most customers this is a non-issue. But considering the weights and speeds of moving aircraft – this was an unacceptable safety situation for an airport.

FABCO INDUSTRIES a leading supplier of catch basin filters, with a history of application driven solutions, contracted with the airport to design, build and install the new filter inserts.

THE SOLUTION: To avoid lifting the grate, the Fabco filters had to be suspended below the existing frame lip. As most of the drains on the site were round, our concept involved developing an expandable ring installed onto the cylindrical wall below the frame lip – in essence creating a second lip. By using a large diameter screw thread, the expanding ring is minutely adjustable across a range of more than an inch while exerting the tremendous outward pressure needed to support the filter and the 3.5 cubic feet of sediment, trash and debris we expect to capture from the runoff.

The expanding rings were installed by two men into the existing inlets using a simple level and a Torque wrench. The work itself did not involve breaking any concrete, laying any new asphalt or even drilling any holes.

The units are easily cleaned and maintained using a Vactor truck or mechanically hoisted out of the drain and dumped.

Fabco Industries takes great pride in keeping our water as fresh and clean as possible. The pride is even greater when we take on a challenge like the Westchester County Airport. For giving us the challenge, we toast the county—with a big glass of sparkling water.

Non-Point Source Pollution (NPS), unlike pollution from industrial and sewage treatment system plants, comes from many diffuse sources. It is caused by the movement of rainfall or snowmelt that becomes contaminated, carrying pollutants (trash, metals, aromatic hydrocarbon, fecal matter and suspended solids) to receiving waters. NPS pollution represents the main cause of the contamination of many rivers, streams and other water bodies and became a concern in the United States resulting in the passage of the Federal Water Pollution Control Act (FWPCA) Amendments in 1987, which prohibits the discharge of stormwater unless authorized by a National Pollutant Discharge Elimination System (NPDES) permit.

The NPDES was implemented initially with the promulgation of the Phase I and subsequently with the promulgation of Phase II. A Catch Basin Insert (CBI) is a device for reducing stormwater pollution from runoff without requiring any land. This document reports the results of both the laboratory and the field studies. The laboratory study focused on evaluating pollutant-removal efficiencies of the 6 selected CBIs. A simulator, composed of a stilling chamber, a spillway with a street-like surface, and a catch basin was constructed at the Polytechnic University laboratory.

We also screened the same 6 CBIs for potential FCB removal and found none. The field study examined the same 6 CBIs under field conditions during 4 seasons and notes ease of CBI installation, maintenance concerns, and performance. The field study also examined the performance of two structural oil/grit separators by way of sample collection and analysis during storm events.