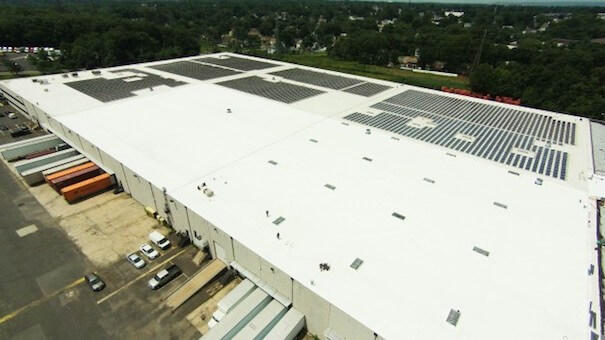 Three recent papers investigated the quality of runoff from different roof surfaces.  Conventional wisdom holds that roof runoff is relatively clean. Its use as drinking water in rainwater cistern systems is well known. In other areas, managers maintain that cleaner roof runoff should be treated differently than runoff from dirtier parking lots and roads.  This view is supported by extensive monitoring data for several conventional pollutants such as sediment, nutrients, organic matter, and possibly bacteria.

However, according to recent studies, rooftop runoff is not cleaner with respect to dissolved and particulate metals such as copper, lead, and especially zinc.  Thomas and Greene (1993) sampled runoff from two kinds of roof surfaces at urban and industrial areas in Armidale, New South Wales (Australia). Good (1993) monitored runoff from five different roof surfaces in a  sawmill /wood processing plant on the coast of Washington.  Bannerman and his colleagues (1993) examined roof runoff samples from residential, commercial, and industrial sites in Wisconsin.

Monitoring results are compared in Table 1. As shown, industrial roofs had zinc levels that were two to 20 times greater than other urban source areas and often exceeded acute toxicity for aquatic life. It appears that galvanized roofing materials are a prime source of zinc in the urban landscape. Roofing materials, paints, and coatings are also suspected of being important sources of copper and lead as well. Roofs with copper flashing were found to have copper and lead concentrations up to six to eight times greater than galvanized roofs.

Good (1993) also conducted toxicity studies on roof runoff from the industrial site in Washington and found that several samples were acutely toxic to rainbow trout in bioassays. The toxicity was attributed to the rapid corrosion of galvanized metal roofs and the leaching of zinc and other contaminants. It was also thought that tar-covered roofs were a source of copper. Although  Good’s study only looked at the first flush from rooftops, there was evidence that toxicity remained high for up to three hours after the start of a storm. Taken together, the studies suggest that the perception that roof runoff is always a source of relatively clean water may not always hold true when industrial roof surfaces are considered. Galvanized roof coatings, in particular, appear to be a major source of zinc and other metals in the urban landscape.

The rooftop monitoring studies raise the intriguing possibility that the use of alternative roofing or roof coating materials could result in lower pollutant loadings. Thus, a pollution prevention approach that avoids or minimizes the use of metals in roofing materials could be an attractive solution. Further research into metal loading from urban roof surfaces will be helpful in designing these new roof surfaces.